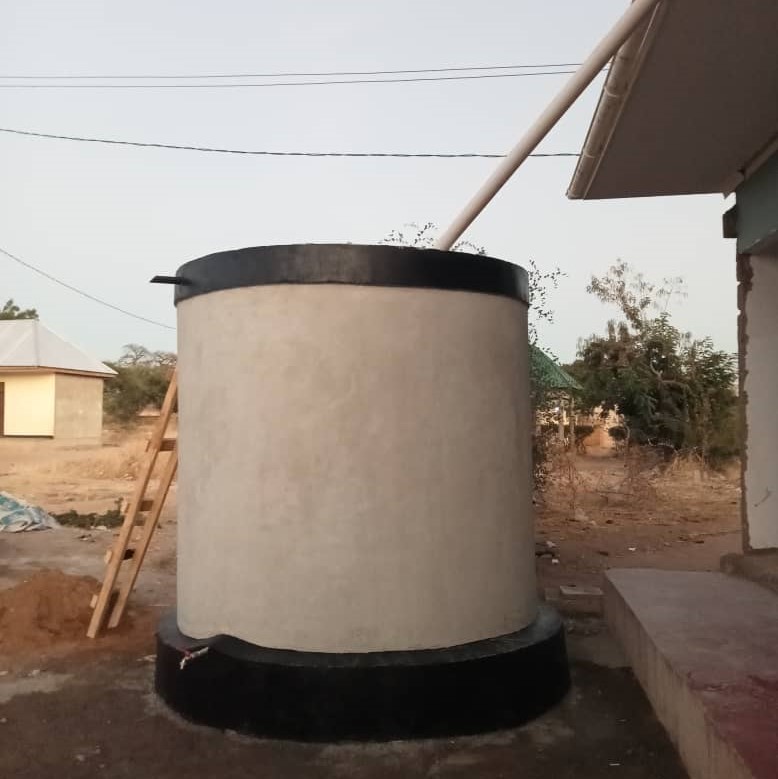 Dodoma, a city in Tanzania, has, as most cities in the world, a rapidly increasing population. Especially for students it is hard to find affordable flats. Together with a partner, we plan a modular, energy efficient students home and construct the first module. One module gives space for eight students, we especially want to support female students enroling in technical courses. Apart from support with the construction, drinking water, rain water storage and photovoltaik were planned. The first module can serve as example for further building projects within the region.

In the overall project to build a resource-efficient student dormitory in Tanzania, the original aim was to make the water and energy supply of a new student dormitory in Hombolo in Tanzania self-sufficient and efficient. In the first phase of the project, the construction plans of the local architect were optimised so that, for example, fewer pipes were needed. In addition, a well was drilled to supply not only the dormitory but also the neighbouring population with clean drinking water for a small fee. In this new section, a rainwater cistern was built and gutters were attached to the roof of the building to ensure garden irrigation with the collected water and to have service water for the dormitory. The cistern was constructed from a waterproof concrete, a technique that has proven durable in the area. Other cisterns of this type were visited in advance by our project team. Besides the better insulation of the water against heat, the UV resistance of the cistern is also higher than that of a plastic tank. Other possibilities as well as a size estimate of the possible amount of water was investigated in a bachelor thesis, which was completed on the project in 2021. The construction was finally done by a local company. The slightly elevated cistern holds a total of 15,000 litres and was directly connected to the roof gutter. The water can either be drawn off manually via an outlet at the bottom of the cistern for watering the garden, but a pipe was also laid into the building. The cistern has an overflow protection. As part of the project, the pedestal of the drinking water tank from the first project section was also renewed because cracks had formed. In the third part of the project, a photovoltaic system was to be built; the dimensioning was designed in another bachelor thesis. However, this project was cancelled because the connection to the electricity grid had to be made due to regional requirements and the low consumption quantity did not justify the construction of a solar plant. Thus, the overall project on our part is now completely finished. Main Sponsors

This project achieves the following sustainable development goals of the UN: 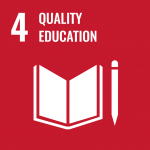 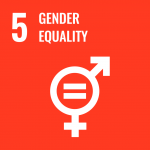 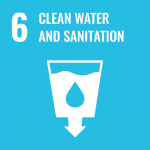 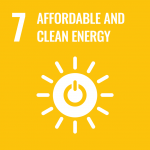 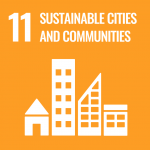 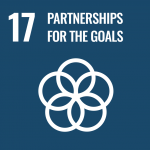 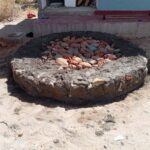 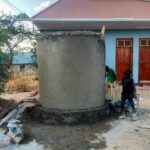 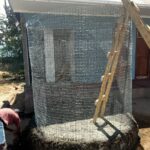 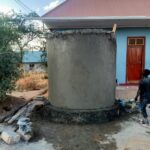 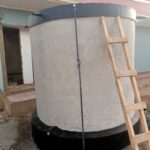 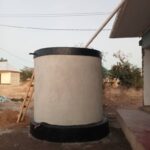 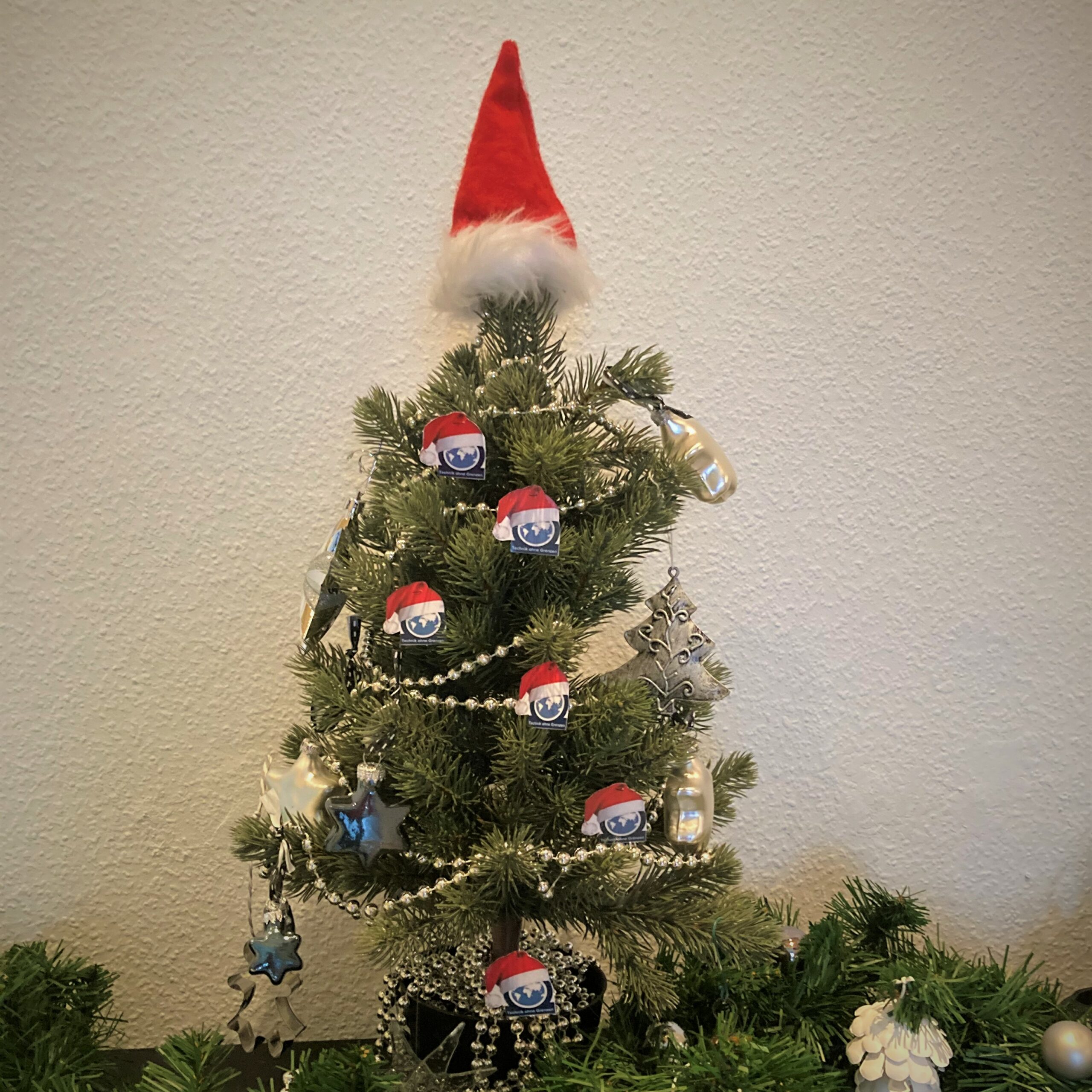 This year was quite challenging for all of us. Anyway, we reached quite a lot! In our project supporting a students home in Tanzania, we built a well which also supplys water for people in the nearby village. We…
December 6, 2020 Franzi Enzmann Rhein-Main,
Read more » 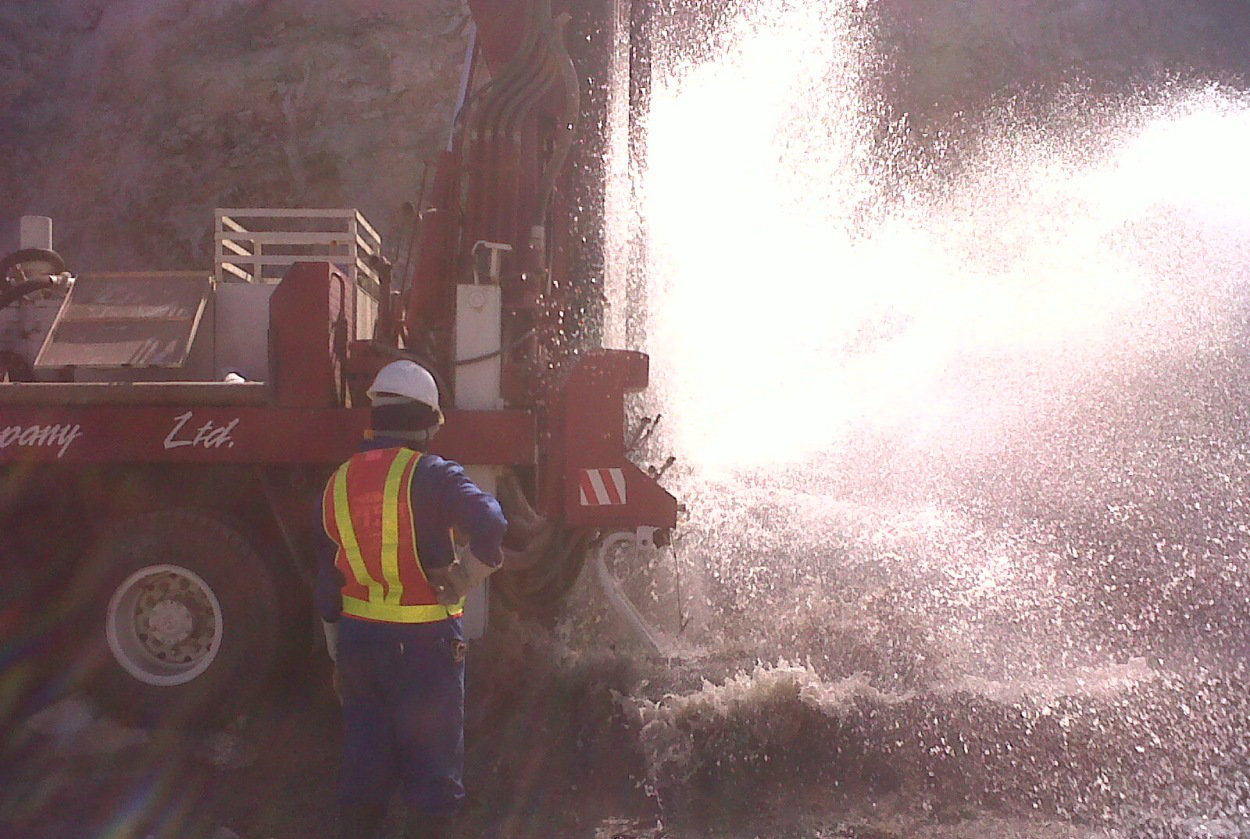 Water is running! The drilling team on the area of the students home got water at 150 m depth, as planned. During the next days, a platform for the tank will be made and the pumps will be installed,…
October 5, 2020 Franzi Enzmann Rhein-Main,
Read more » 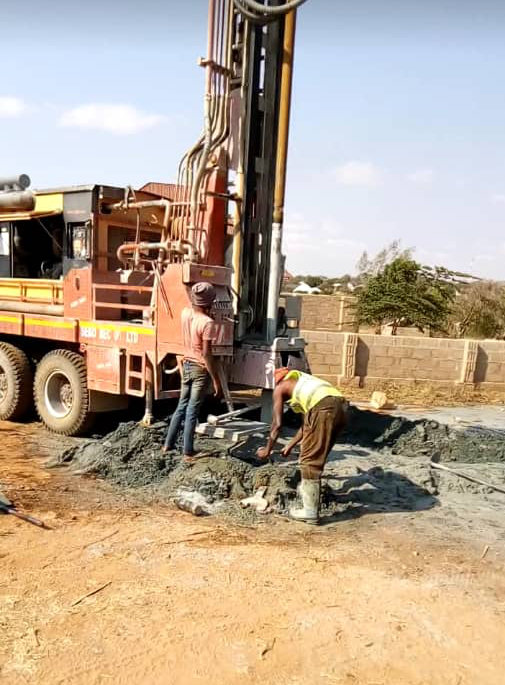 This week, the drilling company arrived at Hombolo to start with the well for the students home. According to the hydrogeological measurement, we should drill 150 m, so we hope that we are done in 4 to 5 days.
September 22, 2020 Franzi Enzmann Rhein-Main,
Read more »

Construction phase in Tanzania about to start 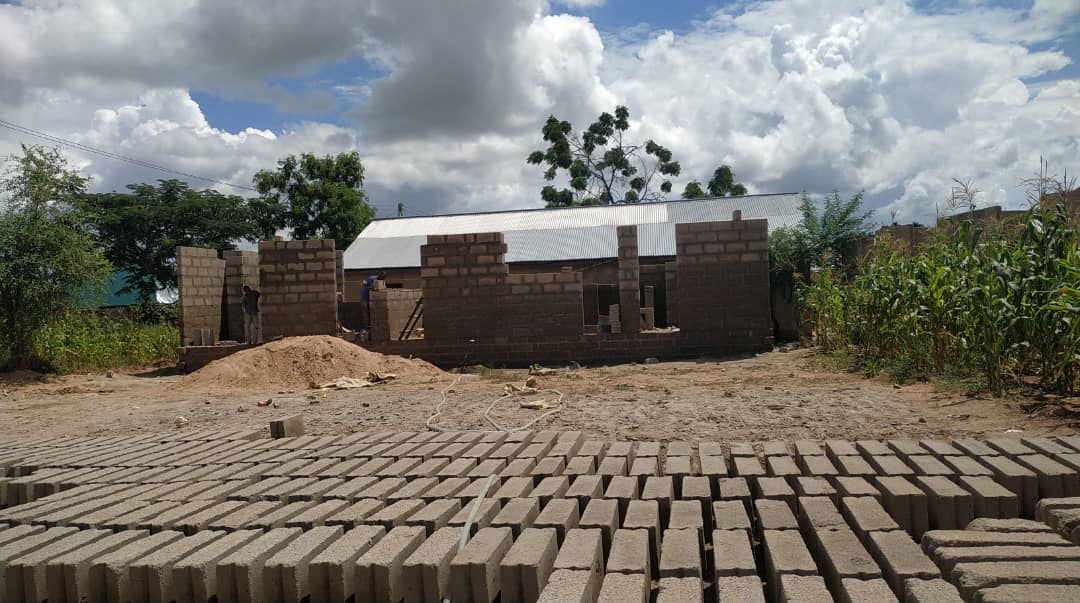 Construction phase in Tanzania about to start

Coming soon: the bricks for the students home in Tanzania are on shelf, soon the construction of the well will start. Thanks to the Merck Family foundation for supporting this part of the project! The well will support clean…
July 24, 2020 Franzi Enzmann Rhein-Main,
Read more » 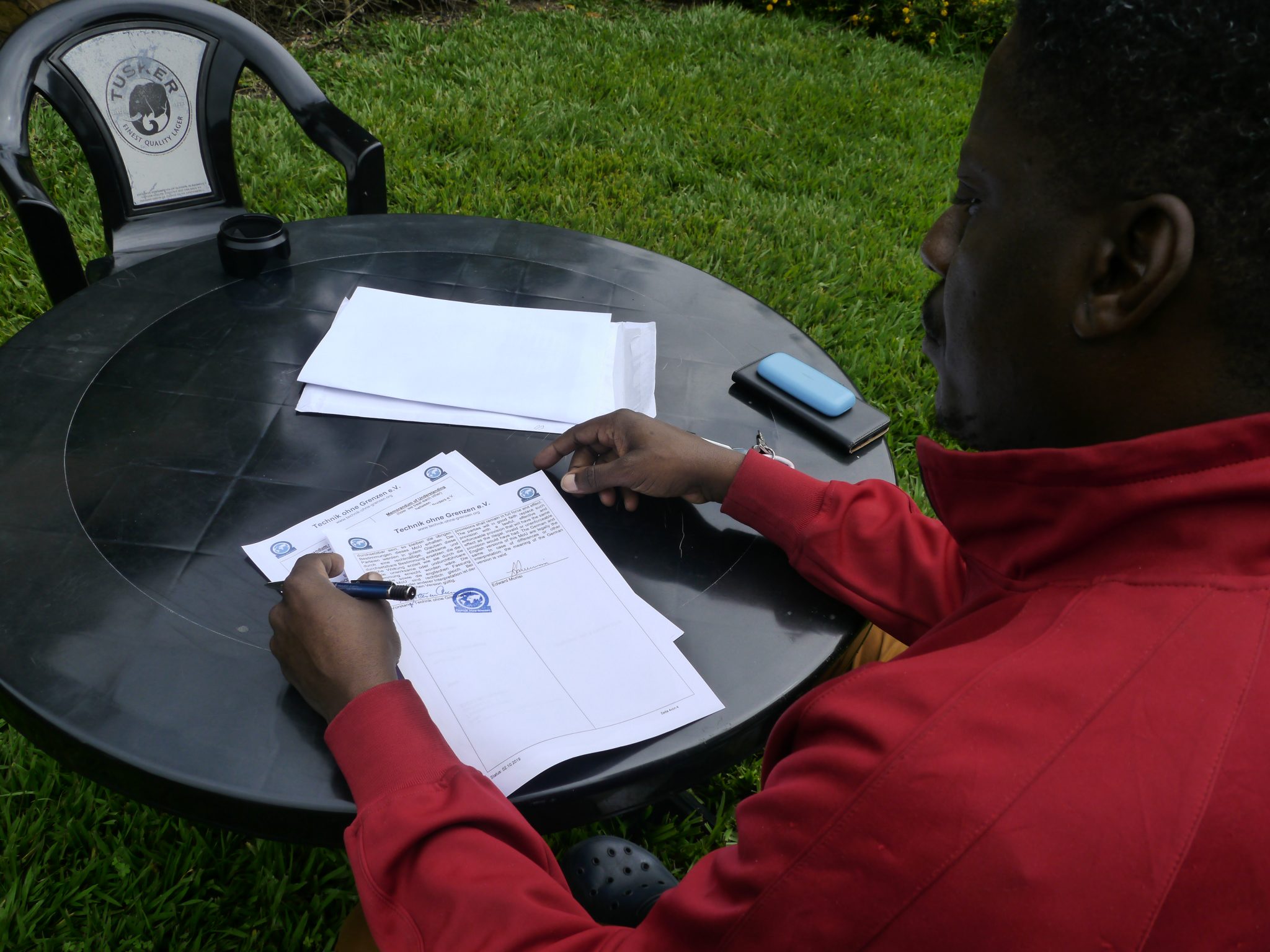 The planning phase for the student’s home in Tanzania is in full flight! Last month, the MoU with our partner in Tanzania was signed. There are still lots of work to do. Support us by joining our team or…
January 12, 2020 julia.schupp Rhein-Main,
Read more »