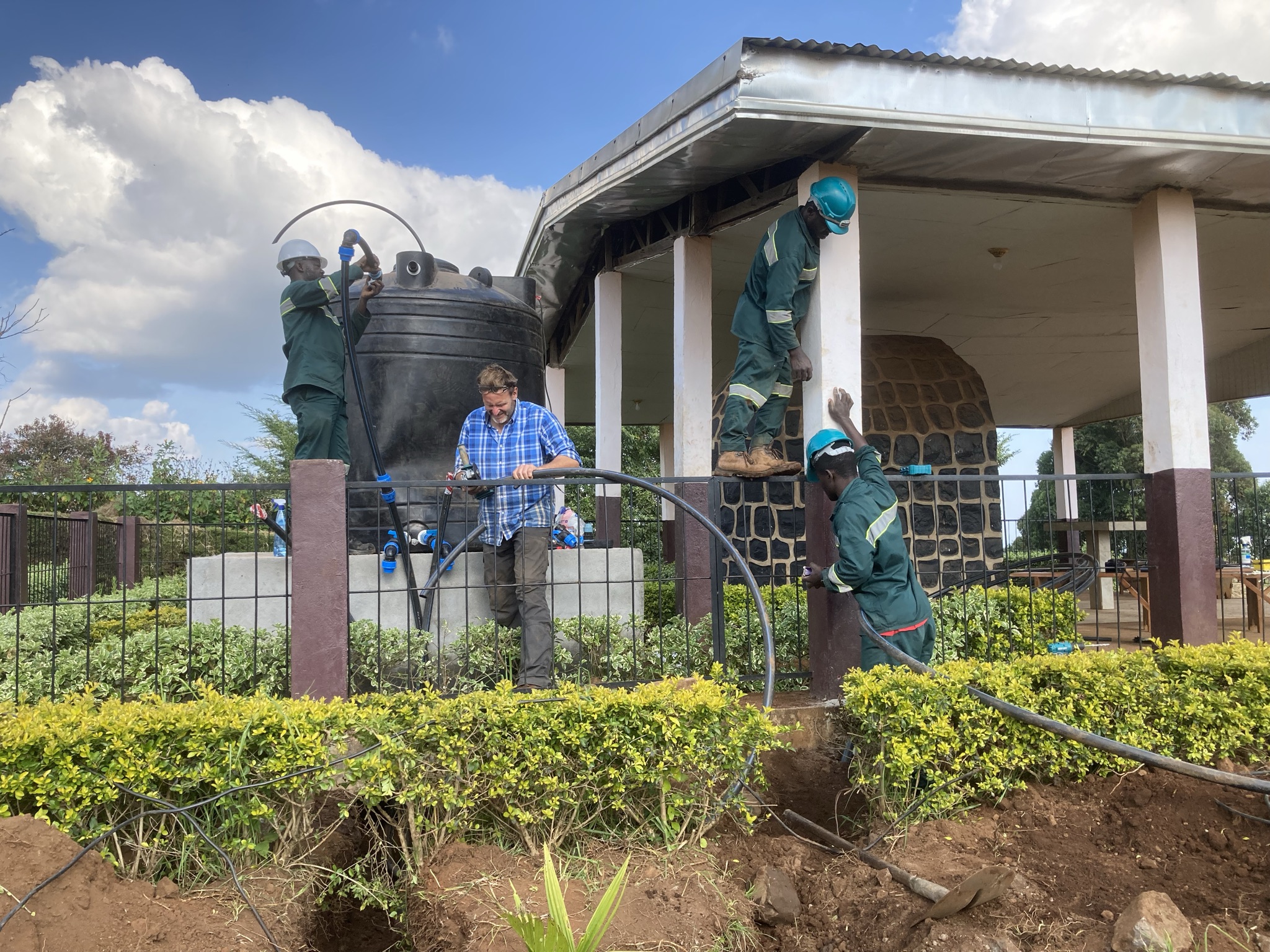 Despite the ongoing Corona pandemic, our drinking water supply project in Nzindong was successfully completed in November 2021. 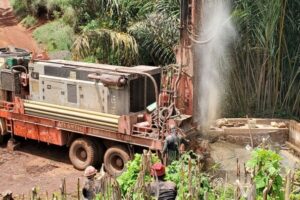 First, a well with a depth of over 70 m was drilled in Nzindong, a mountain village in the west of Cameroon, in cooperation with a local contractor. The design of the well was based on a hydrogeological survey, which revealed the depth of the second water-bearing layer not in contact with the surface, which provides clean, mineral-rich water. The borehole was completed before we arrived in Cameroon. In cooperation with the Cameroonian engineer Hervé Ngawa, a solar plant for an electric pump was planned, and the construction of the plant also started before our arrival. The villagers in Nzindong also dug trenches for the water pipes at the end of the rainy season. A new public washing place at the hospital was built and the existing washing place was repaired. 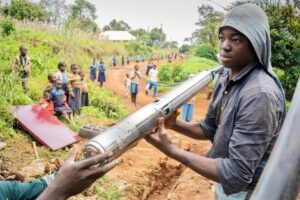 The actual implementation then began at the beginning of November. Around the well bore, we built a watertight casing together with the local mason and then installed the electric pump and the control system for the pump together with Hervé Ngawa. The pupils of the village actively supported the installation of the pump with its more than 60 m long riser. A 3000 l tank was cleaned, disinfected and then placed at the highest point of the village. The pump is now automatically controlled by the level in the tank and is additionally protected by a dry run sensor in the well. 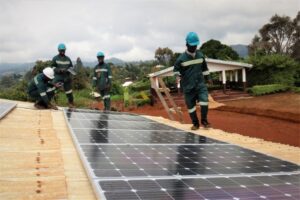 The solar system reliably operates the pump in the dry season already with half of the originally planned battery storage. At the end of the dry season, the second part of the batteries will be installed by our local partners in order to be able to store sufficient energy also in the rainy season when the sunshine duration is lower. The staggered installation ensures that the replacement of the batteries, which is due in a few years, is not necessary for the entire storage system at the same time. We laid a total of 1.3 km of pipe to transport the water from the well to the tank and from there to distribute it via the natural gradient to the primary school, the hospital, the church, the rectory and the two public washing places. 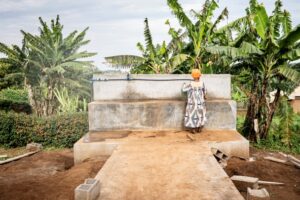 This created a drinking water supply adapted to the terrain, which now directly supplies the hospital and school and considerably shortens the transport routes of the people in Nzindong. The inhabitants of Nzindong can now fetch clean mineral water from eight water taps. Water analyses have shown that the water is safe to consume and the mineral content and pH value are better than in the water from the older hand wells, which also do not supply water during the dry season. The quality is comparable to the water available in plastic bottles in the supermarket, so we hope to also contribute to reducing plastic waste. During the last days of our stay, the people in Nzindong have already accepted the water very well. 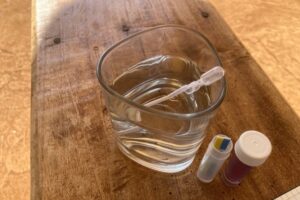 Two technicians from Nzindong have been trained so that they can operate the system and carry out minor repairs themselves. The necessary tools were provided by a donation in kind in the course of the project and remain on site in Nzindong. Training the primary school students on the topic of clean water rounded off our implementation. The implementation took a total of three weeks. Of course, there were challenges here and there and we will improve a few small things over time, but all in all we are happy about this very successful project.